"Victoria Woodhull is one of the most fascinating but forgotten characters in American history. She deserves to be better known by anyone who cares
about gender equality and the ongoing fight to make America a more tolerant and just country--kudos to Neal Katz for bringing her story to
life for a new generation of readers." Debby Applegate, Pulitzer Prize winning author of The Most Famous Man in America: The Biography of Henry Ward Beecher

"I can't believe this is Neal's first book. Incredibly well written, this is an important work. I see a National bestseller and a long running series."
Victor Villasenor, National bestselling author of Rain of Gold,Three time Pulitzer Prize nominee, and author of Revenge of a Catholic Schoolboy 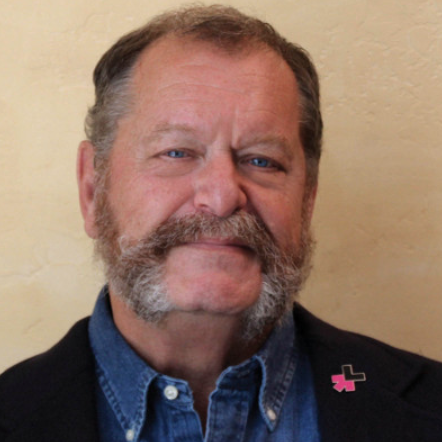 Neal Katz is a semi-retired, successful, serial entrepreneur, CEO with a passion for women rights. He lives a life based on self-awareness and Love. He practices Yoga, meditates daily, has taught A Course in Miracles, produced Oregon wines under the LOVE, a Wine Co. label, enjoys reciting Vedic sutras, and writes his own inspirational poetry.
The saga of Victoria Woodhull appeals to Neal, as it serves three purposes. First, the story provokes public awareness of the historical and continuing degradation and subjugation of gender prejudice. Second, the tale exposes the historical basis for the manipulation of the “free markets” of stocks, bonds and commodities. Third, the story shows how existing financial and political power structures use prison and seizure of assets to prevent innovation and social change. Victoria Woodhull overcame all these obstacles in a remarkable life.
In addition, Neal has had to overcome many of the same trials and tribulations that confronted the sisters, Victoria and Tennessee. He believes in their motto: “Upward & Onward” and personally transforms challenges into positive manifestations. Neal often says, “We have so much more power than we allow ourselves to think. Create the life you want!”
Neal chose to write in first person using Victoria’s words, thoughts, and point of view to tell the tale, inviting the reader to see through her eyes. The style is magic realism along the lines of Allende, Marquez, and Kathleen McGowan (The Magdalene Trilogy). The books are an expression of the HeForShe solidarity movement for gender equality promoted by Emma Watson, and Neal proudly proclaims himself a male feminist!
Prior to becoming an author, Neal formed and managed several businesses, specializing in finance, operations, marketing, and exit strategies. His work spanned advising and working for newly formed start-up, initial public offering, and Fortune 100 companies. Once a licensed securities broker, Mr. Katz is familiar with the financial markets from an insider’s perspective.
Neal has conceived and defined a new financial paradigm—CREDIT FUNDING—to create jobs while providing continuous and renewable funding for many charitable endeavors, such as micro-finance, low income housing, vocational training, and infrastructure renewal. The concept is based on using the credit, not cash, of wealthy individuals and corporations to fund charities, which can institute a payback or pay-it-forward scenario. Something like parents who co-sign a car loan or guarantee a young couple’s first home loan. The idea is to do this on a national scale and infuse $1 Trillion into the economy. It can and will be done!
To learn more about Conscientious Credit Funding Organization (CCFO) visit http://ccfoglobal.org/
Neal has pledged fifty percent (50%) of his author’s royalties from book sales and all ancillary revenues, including foreign print distribution and Hollywood rights to a foundation formed in tribute to Victoria Woodhull and her passion for woman rights, or fund a like-minded existing program. The foundation will promote and prove programs based on the Charitable Loans concept for the empowerment and sustainable economic improvement of women, especially single mothers.
Neal enjoys entertaining, especially cooking proteins for large groups. He prides himself on his fast cook, 25# defrosted turkey in two hours total cook time at 550 degrees, and his slow cook, duck, leg of lamb, or turkey confit style cooking at 180 degrees for 12 – 14 hours. He also excels at vegetarian protein dishes, often infusing playful twists of colors, crunch, and some homemade chili oil.
Always challenging himself, Neal has trained for and completed a triathlon; studied the Torah, Talmud, and Judaic mystical texts in Hebrew, Aramaic, English and even some Latin; produced exquisite wines in Oregon; taken a company he co-founded public and advised many others; studied and became a cotton farmer; learned and taught A Course in Miracles; written poetry; designed a macro economic financial system; and has become a successful author.
Being of service is Neal’s credo and he is ceaselessly mentoring, sharing, teaching and learning in one form or another. Neal prides himself on being accessible to others and being of service. He will answer, in time, any serious inquiry. You can contact him at nealkatz@thevictoriawoodhullsaga.com